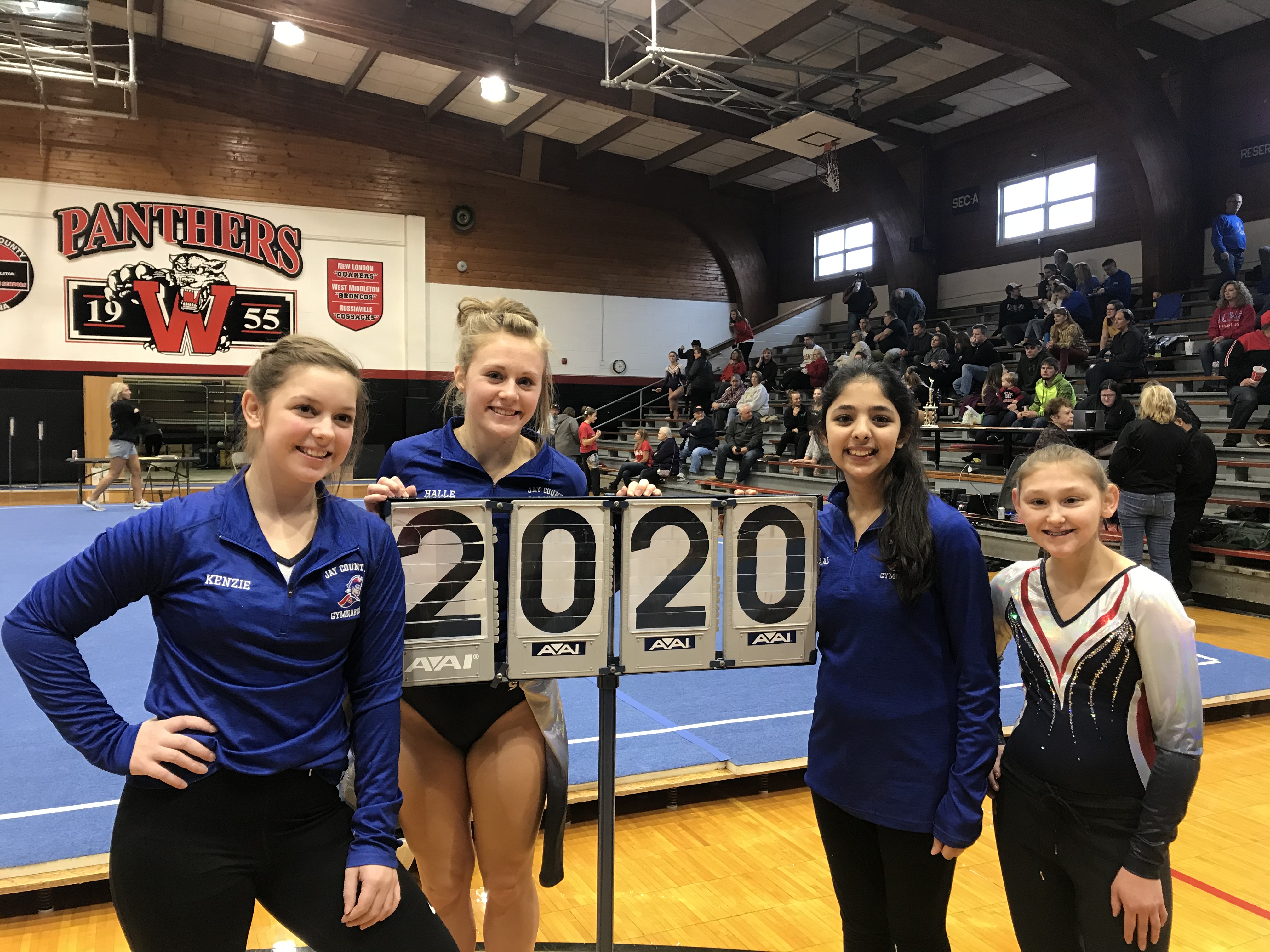 Halle Hill extended her winning streak to four in a row on floor by taking the floor champion title at the Western Invitational. In a meet that featured over 60 gymnasts from 12 different schools, Hill’s score of 9.475 on floor came out on top. Kenzie Ring was close behind, earning 3rd place on floor with a score of 9.0. Misaal Fatimah earned a PB on floor as well.

Fatimah also earned a PB on beam with her first no-fall routine in a competition.

The Patriots face Richmond and Muncie Central on Monday, February 10th at home for senior night, with a start time of 6:00.